Meet the Lead Learners for our Raven Learning Community

Mr. Elliott was selected to lead the opening of Riverdale Ridge High School (RRHS) in the Spring of 2017 and officially initiated the work for the 27J community on July 3, 2017.  A passionate believer in leveraging education to support unlimited futures, Mr. Elliott is committed to ensuring RRHS fosters and develops the academic, social/emotional, and life-long learner attributes in all our young scholars.

A Colorado native, Mr. Elliott graduated from Lakewood High School in 1986 and continued his studies and football career at Columbia University in New York City, NY.  In 1990 he earned a Bachelor of Arts degree (history major) and  completed four years as a member of the football team.  From 1990 to 2000, Mr. Elliott enjoyed a rewarding career in industry which included working in cities across the country, from Los Angeles to Hartford, before returning to Denver in 1998.  In 2002 he secured his Master of Arts in Education from the University of Phoenix.

Mr. Elliott is excited to once again be working with young scholars on a daily basis and looks forward to engaging with families and staff to build a vibrant learning community where the adults model and help facilitate the growth of all the students served at Riverdale Ridge.

In his spare time, Mr. Elliott enjoys running, hiking, biking, and conversations about student learning with his wife, Susan, a fellow educator and former scholar-athlete.  The two also serve their community as volunteer Firefighters/EMTs for Foothills Fire and Rescue. 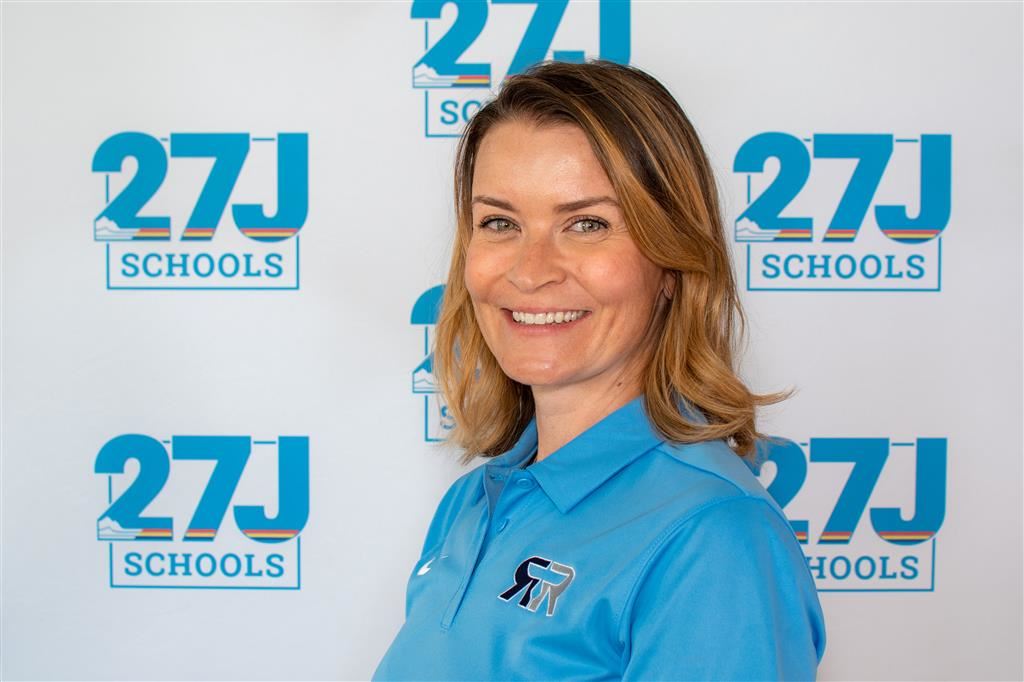 Caroline Frazee is joining the RRHS family in 2019 as Assistant Principal with a focus in Curriculum and Instruction.

Caroline grew up in Alamosa, Colorado. After graduating from Alamosa High School, she moved to Boulder to attend the University of Colorado. She graduated with a Bachelor's of Arts in English Literature in 2001. After working in the corporate world for a bit, Caroline decided she wanted to pursue an career in education. She attended the University of Colorado at Denver and received her teaching license and Master's degree focusing in Secondary English Instruction. Caroline taught middle school and high school English in Aurora Public Schools and Boulder Valley Schools before transition into an Instructional Coach role at North Middle School in Aurora Public Schools.

Caroline earned her Principal's Licensure at the University of Denver in 2017. She then worked as a Dean of Instruction at Aurora Central High School and then Assistant Principal at Strive Prep Westwood.

When not at work, Caroline can be found cycling through Colorado or hiking with her pup. Caroline is excited and honored to be a member of the Riverdale Ridge Family.

My educational background includes a bachelor’s degree in Chicano Studies and a secondary education licensure in Social Studies from Metropolitan State University and a master’s degree in Secondary Education Literacy Instruction at the University of Colorado Denver. At present, I am working on my Doctor of Education in Leadership for Educational Equity (EdD) combined with a principal licensure at the University of Colorado Denver of which I plan to finish in December of 2020.

“Nothing great worth achieving comes easy.” This is a motto that I have not only come to understand from experience but believe in whole-heartedly. As a first-generation college graduate and educator, I stand firmly on the belief that education offers a pathway for accessing economic opportunity, political and social empowerment, and change for the better. As a result, I am passionate about educational equity and social justice issues.

I have taught high school social studies for eight years and Advancement Via Individual Determination (AVID) for six years in Denver Public Schools; where I also graduated from high school.

I am the proud parent of three children. My eldest daughter Cathelena who graduated this May of 2020 with a Business degree from Metropolitan State University. A son, Avenicio who is studying social linguistics at the University of Albuquerque, New Mexico, and will graduate this July (2020). And finally, my youngest daughter, Hope who is at Wesleyan University in Ohio.

In my leisure time, I enjoy reading, spending time with my family, and outdoor activities that include hiking, snowboarding, and cruising the countryside on the back of my significant other's motorcycle.

Harry was born and raised in Greeley, Colorado and is a graduate of Greeley West High School.  He went on to earn his undergraduate degree in Kinesiology from the University of Northern Colorado (UNC) in 1993 and his Master’s Degree in Educational Leadership and Policy Studies in 2000.

Following graduation in 1993, he spent his first year teaching and coaching at North Middle School in Aurora.  In his second year, he returned to Greeley where he spent the next five years at the University Laboratory School teaching Physical Education and Health while also serving as the head wrestling coach and assistant football and baseball coach.  He also served two years as the Athletic Director at University High School (UHS).  In 2000, he accepted an administrative position at his alma mater, Greeley West High School, as an Assistant Principal and Athletic Director. He would later be named the 2008 Colorado “Athletic Director of the Year” by the Colorado Athletic Directors Association (CADA).  In July of 2008, Harry became an Assistant Commissioner for the Colorado High School Activities Association (CHSAA) where he served for the last nine years.  In 2011, Harry was inducted to the Greeley West High School “Hall of Fame” for his contributions as a student-athlete, coach and administrator.

Educational athletics have played an integral role in shaping the person Harry is today.  Harry is eager to give back to future generations the knowledge, experiences and life skills that were once afforded to him.

Harry has been happily married for 19 years.  He has two wonderful children, ages 13 and 11.  He enjoys spending time with family, watching his kid’s activities, exercising, golfing, water skiing, snow skiing and traveling. 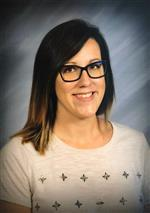 Brittany Brewster is excited to be a part of the Riverdale Ridge team supporting the school as the Multi-Tiered System of Support (MTSS) Coach.

She received a Bachelor of Arts in Psychology, a Bachelor of Science in Human Services, and a Masters in Educational Leadership from the University of Northern Colorado. Brittany has been with RRHS since its inaugural year, 2018. Brittany is passionate about building systems and structures that support student learning and success.

When she isn’t working, Brittany loves spending time with her husband and son, being outdoors, and doing yoga. 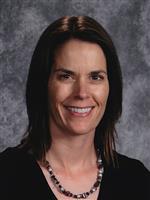 Melissa Trambley is honored to have the opportunity to be the Instructional Coach at Riverdale Ridge High School. Prior to this new chapter, she spent 16 years teaching visual arts at Brighton High School. During that time, Melissa served as the department coordinator and taught a variety of art courses from Drawing and Painting to Photography and Graphic Design. She has also taught U.S. History, sponsored various student clubs, and coached basketball and golf.

Melissa grew up in western Pennsylvania (go Steelers) and received her Bachelor of Fine Arts in Graphic Design from the Rochester Institute of Technology in upstate New York. While earning her degree, she played both soccer and basketball. After a few years working as a designer and moving to Colorado in 1996, she went back to school to earn her B.A. in Art Education from Colorado Mesa University and later, her Master of Arts in Educational Leadership from the University of Northern Colorado. In 2017, Melissa completed a Graduate Certificate in Instructional Technology from Boise State University.

When not at school, Melissa enjoys skiing, hiking, biking, golfing (anything outdoors) with her husband, David, and their two children, ages 6 and 8. She also likes to keep busy at home doing any type of DIY project or creating her own art. Melissa can’t wait to help make the Riverdale Ridge community a special place for staff, students and families.

Providing a safe, supportive, and challenging learning community for ALL students to THRIVE!