I have been doing theatre since my freshman year. It’s crazy to believe that I am now a senior and will be making all of my last backstage moments in high school. Theatre has taken me so far and I am so thankful for where it’s brought me today. This year I am happy to take my new position as Artistic Director. I look forward to this year and all it has to offer!

Alyssa Medley is a junior at Riverdale Ridge High School and apart of the class of 2022. She is currently the Managing Director of Troupe 8780. She has been apart of the theatre company at Riverdale Ridge since her freshman year and an inducted thespian since her sophomore year. Her goal is to bring awareness to theatre and theatre education and to inspire other students to find a home in the theater.

I am a Junior at Riverdale Ridge High School. I have only recently joined theater, with Freshmen year being my first year involved. However, I have enjoyed every second of it. I’m not a serious person at all, so when you see me, be prepared to laugh. Theater sucked me in like many others and I’m along for the ride ahead.

Going into my senior year, I’m doing what I can to prepare for my future. Before stepping into the Theatre world, I never knew how much of an impact it would have on my life. My dream is to make it to Broadway because I have always loved singing, and once I tried out acting, I knew this was where I belong. Theatre has taught me a lot about myself, and what it means to make a family, and I am so honored to be a part of something as inclusive and unique as the Riverdale Ridge Theatre Company. I’m taking this year to enjoy my peers and teachers, and to find the best way for me to continue acting after high school!

Hello everyone, my name is Julianna Moore and I am beyond honored and excited to be heading into my second year as one of your Thespian Troupe Officers for the upcoming school year! Ever since joining the theatre program in my freshman year, I've come to realize that it's one of the best decisions I've ever made. I am generally a very shy person, but I knew that high school was a time to branch out and take advantage of my opportunities. Theatre has overall shaped me into a much more confident person, gifts me with the chance to get to know so many wonderful individuals, and makes for some amazing memories. Offstage, my lifestyle is pretty laid-back; I enjoy spending time with my friends and family, eating good food, listening to music, and either watching Netflix or cute puppy videos! Additional hobbies I like to pursue include painting, reading, photography and traveling. I look forward to seeing returning members as well as new faces this year, and I can't wait to see us all shine on stage!

Jordyn is a kind hard working person. She loves performing and has been performing since elementary school. This is her first year in the troop and hopes to be a great class representative for this years Juniors! She has been on the school dance team, but is taking the next two years to deicate her focus to theater. Shes excited to be an officer and hopes to make her fellow performers proud!

For years when I was younger, I was labeled the "drama queen" of my family. It used to bother me, until one day my dad said "we oughta get you in theatre when you reach high school" and from that day forward, I awaited the day I could throw "drama queen" back in their faces. That very first day on stage changed my life for the better. I love being a part of such a great theatre family, and each day I learn more and more from my cast and crew mates about how to be a better performer, leader, and most importantly, a better friend.

I am a your sophomore representative , and am very happy to be joining the team this year! I hope to spread positivity to all new members of our Theater Company, even in the unknown plaguing our school year. I promise to share my experience, and help any incoming freshmen get situated in our safe space. 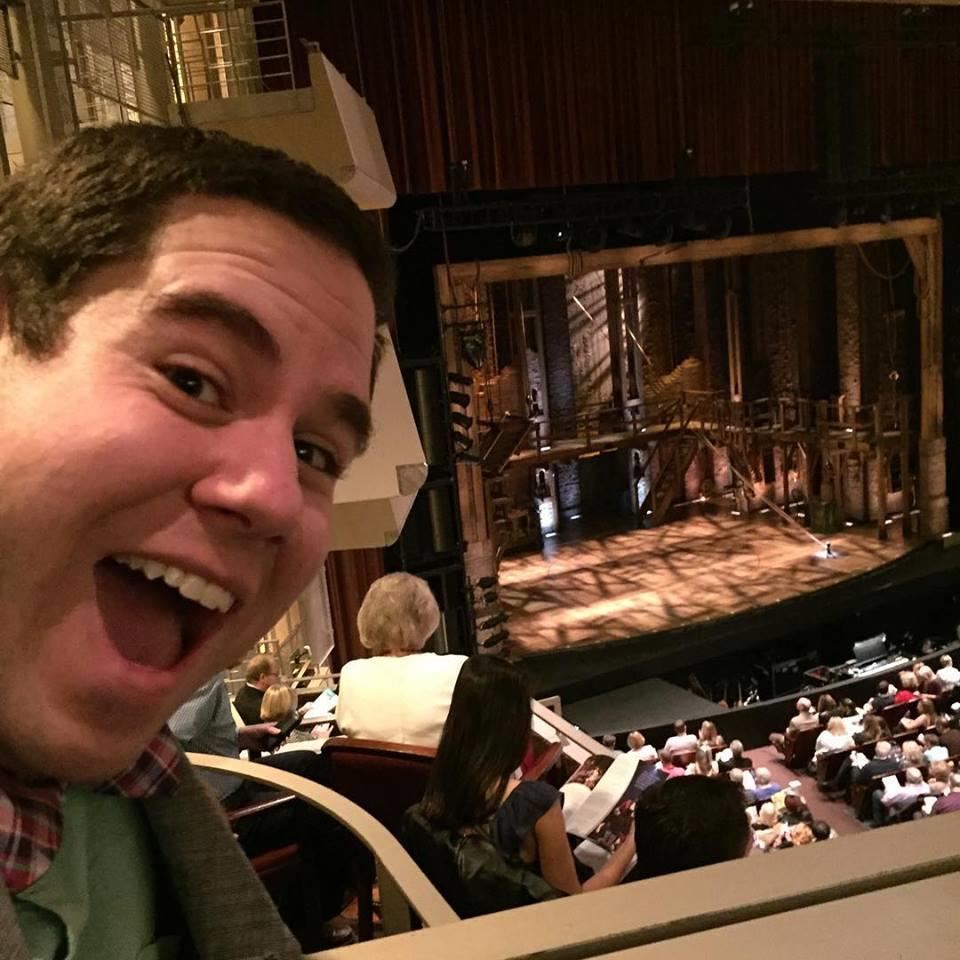 Mr. Farner is currently the Learning Leader for Drama at Riverdale Ridge.

He received his Bachelor of Arts in Theatre from Colorado State University. During his time at CSU, he led the creation of a student-run theatre company that provided additional opportunities for students to produce and perform theatre. After graduating from CSU, Mr. Farner became General Manager for the Bas Bleu Theatre Company in Fort Collins, CO. While he worked as GM, Mr. Farner also attended the University of Northern Colorado to obtain his Master of Arts in Theatre Education. He was selected as the UNC Outstanding Graduate Student for his class and was invited to speak at graduation.

Mr. Farner is focused on arts education advocacy, specifically on preparing emerging artists for the workforce after education. He is also the founder of The New Commedia, a small theatre company that creates original, local-grown productions across the front range.

If he has down-time, you'll find him at the movies.