Learning to lead in a technical world

Innovation leads to the discovery of new opportunities and a better understanding of the technological-driven world we live in today.

The Technology Student Association (TSA) is a national, non-profit career and technical student organization (CTSO) of over 250,000 middle and high school students who are engaged in STEM (science, technology, engineering, and mathematics). 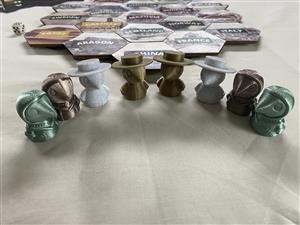 Recently, five members of Brighton High School’s TSA chapter qualified and competed at the TSA national virtual competition in the categories of fashion design and technology, essays on technology, and game board design.

Two incoming seniors, Celeste Tari and Holly Poole, became the first students to ever place first in a TSA national competition from 27J Schools. They competed in the category of board game design, in which they had to construct a board game from scratch that could be played. Celeste and Holly’s board game was based on escaping the Black Plague in Europe during the 1300s and they designed it so that the setup of the game changes every time it is played, resulting in changes to the difficulty level and length of the game. They decided on this theme because it is a topic that they are both interested in and know a lot about. 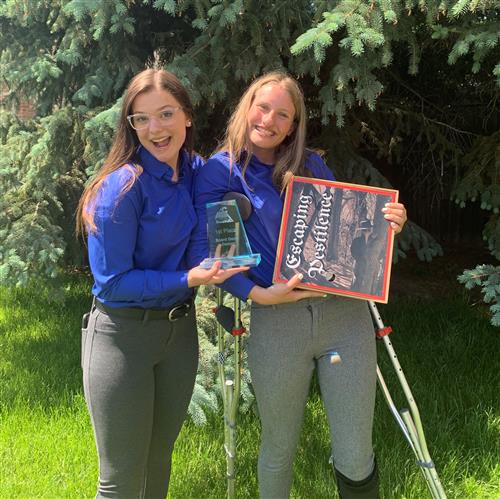 Both Celeste and Holly were ecstatic when they found out they had placed first. Holly was in bed rest from surgery when Celeste called her to tell her they had won. “It's still hard to wrap my head around the weight of a National title. Celeste and I were just doing what we love. This experience is something I will cherish for the rest of my life.”

Celeste and Holly weren’t the only ones from Brighton TSA’s chapter to celebrate. Logan Flanagan, an incoming senior, placed fifth at nationals for his essays on technology. Jenaya Ripko and Irene Hernandez also qualified for nationals and competed in the category of fashion design and technology.

These achievements did not come by without hard work. This past school year, the chapter was only meeting virtually and the students had to take it upon themselves to figure out their projects on their own with the support of their advisor, Rajean Tiffany.

“I feel honored to be working with these great students. I am so proud of their hard work and commitment,” said Ms. Tiffany.

Congratulations to our Brighton TSA chapter!