Prairie View High School graduate and a first-generation college graduate from the Colorado School of Mines, Elias Ramirez Melendez attributes his success to the strong work ethic instilled in him from a young age, thanks to his mother, a 20-year staff member of 27J Schools. He shares his inspiring story with all 27J students.

Elias Ramirez Melendez is no stranger to hard work. When Elias was an eighth-grader at Stuart Middle School, he would see the definition of hard work every morning through his mother, Gloria Melendez. 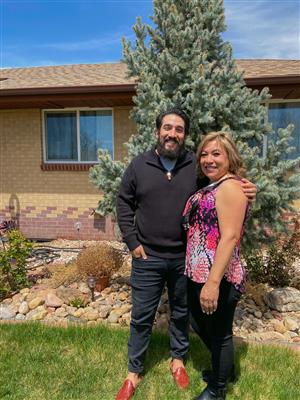 Elias would accompany Gloria to Second Creek Elementary, where she worked as a custodian. He would watch her clean and ensure the building was clean and ready for students before going to Stuart for his schooling.

This example of a strong work ethic led Elias to where he is today. This May, he will graduate as a first-generation college student with a bachelor’s degree in civil engineering, emphasizing structural engineering, from the Colorado School of Mines.

“If it weren’t for my mom, I wouldn’t be in the position I am in today,” Elias said. “My mom is a single mom who raised four children on her own and always made sure we had everything we needed. She taught me that you have to stay motivated to achieve what you want in life.”

Determined to set himself up for success when moving on to Prairie View High School, Elias joined AVID, a college preparatory program. Elias also joined the National Honor Society, Student Council, and the STARS program. He would mentor middle school students twice a week to help prepare them for high school and beyond.

During this time, he met three close friends; Ezekiel, Nicholas, and Ivan. Nicholas and Elias went through the AVID program together as first-generation students who supported each other through the daunting process of applying for financial aid and college.

“AVID truly prepared us for what we needed in college,” Elias said. “When I went to college, the courses were very time-demanding. I had a large course load, but AVID had prepared me with the necessary skills to pass and excel in my college courses.”

“Mr. Damond was passionate about mathematics, and he always motivated me to be better,” Elias recalled. “He told me that if I wanted a career related to math, I would have to master basic math concepts first. I took his advice and studied basic math concepts, and today, those are the most important concepts I use in my daily life.”

“I love math, and I wanted to study something that would allow me to build structures, so I knew engineering was for me,” said Elias. “When I graduated from Red Rocks Community College, it meant a lot to me because I had reached my first major milestone. I knew I had worked hard and had the qualifications to get into the School of Mines. My dream of becoming an engineer was right around the corner.” 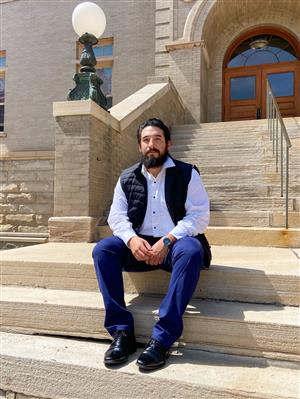 After years of hard work and dedication, Elias will be graduating from the School of Mines this May and already has a job lined up with Kiewit as an engineer for their foundation team. Elias will be developing foundations for structures and highway systems in this position. He will be traveling all over the United States to work on different projects.

After an interview, Kiewit hired Elias on the spot and told him his drive and strong work ethic inspired them. During the past couple of years, Elias worked while going to school to pay for his schooling. He worked at Sams Club and FedEx and is currently working with Angelo and Sons, where he installs windows and doors. This experience, paired with Elias’ passion for engineering, impressed the hiring managers who interviewed him.

Although a lot has changed for Elias since high school, a lot has remained the same.

Elias, Nicholas, Ivan, and Ezekiel remain close friends. Ivan Gutierrez is a successful entrepreneur who has founded four businesses. Nicholas Maldonado graduated from the University of Denver with a bachelor’s in business. Ezekiel Arias is currently at Colorado State University pursuing his master’s degree in business. In high school, the four boys didn’t know how the college process worked or what their path would look like after high school, but now they have built successful careers.

Gloria recently celebrated twenty years of working with 27J Schools and will be starting this June as head custodian of 27J’s newest elementary school, Southlawn Elementary School. The school will be opening this fall to students and families. She is extremely proud of Elias’ recent accomplishments. She knows there is much more success to celebrate in the future. Elias’ ultimate goal is to work his way up and eventually become a project engineer.

Elias is proud to have graduated from 27J Schools and to have his mom continue to be a valuable member of the 27J team for twenty impressive years.

“I believe in 27J Schools because of the curriculum they teach their students. Having the opportunity to take advanced placement and college courses while in high school gave me the exposure I needed to succeed in the next level of my education.”

Elias’s inspiring journey as a first-generation college graduate and the strong work ethic that got him there is one more #ReasontoBelieve. #IBelievein27JSchools